The Magdeleine won the ALFI 100,000 European Cup this Sunday after beating Amanara 6 to 5 in the final, held on court number 1 of the St. Tropez Polo Club. After the definition of 16 goals, the Open du Soleil was put into play, which remained in the hands of the Why Not - La Respelido team after beating Sigma - St Tropez by 7-6.

The awards ceremony took place after both finals. The players, the referees, and all participating teams and the club's Polo Manager, Julio Zavaleta, participated of the prize giving.

The AACCP awarded Irenita Lucía, as Best Argentine Polo Breeding Horse of the Final. It was played by Facundo Fernández Llorente. The MVP was Lucas Nottin and La Magdeleine Polo Team won the $ 100,000.

The Polo Club Saint Tropez Season ends with the High Goal of 16 goals. In the summer months, the season at the club featured the participation of players such as Nicolás Pieres, Pablo Mac Donough, Guillermo Terrera, Ramiro Cordero and the Menéndez brothers, among others.

For more information and photos of the season: PoloHUB 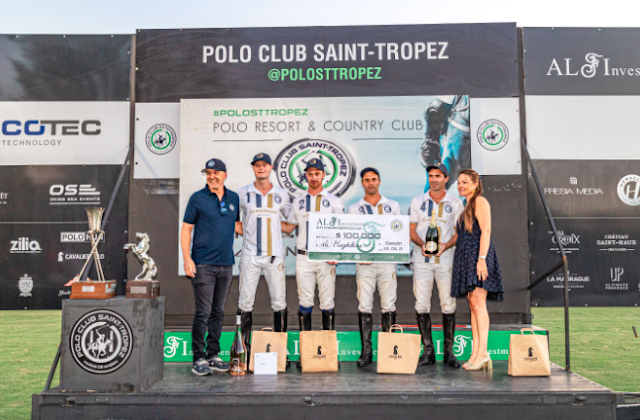