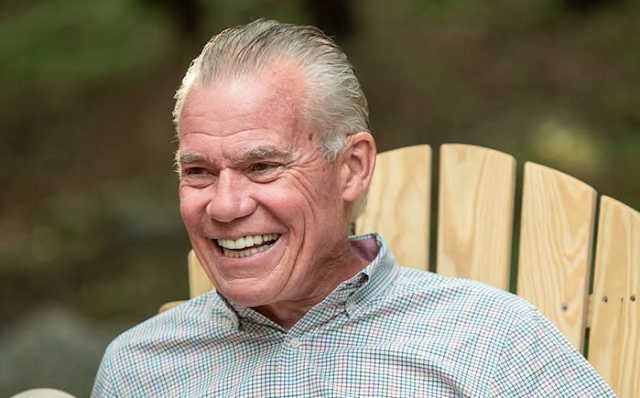 After six years of helping to improve the game with better rules Kentucky native Chris Green is now in the drivers seat at the USPA. The former Governor at Large, lawyer and Rules Chairman has been around polo for over thirty years and is now the COO of the governing body that runs the sport in the U.S. He sees his new job title as essentially identical to the old CEO position, “The USPA is a board directed, staff executed organization. That has not changed.”

Green has confidence that his short-term goals will make polo better at all levels, “We can’t create supply, we need to create demand.” And he feels that the demand for high goal suffered this year with only nine teams as the result of Covid and Green projecting that there will be more teams on the field in 2022, “For sure we’ll be playing at IPC next year and I anticipate for a number of years into the future. We are reaching out to patrons in Europe, with the help of some high-level pros, to cultivate interest in playing in the winter high goal in Florida. The million-dollar Gauntlet prize money may not continue at that level. The three things we really want to improve upon are, handicapping, umpires and the rules.”

An independent 16 goal league will be launching in south Florida in January reminiscent of the old Outback League. COO Green says it’s still a positive for polo and he hopes the USPA can expand the current low and medium goal Tournament Stimulus Package in the future. Right now, clubs that qualify are getting a free umpire and $2,500 in prize money.

When asked about youth polo Green says it’s an unqualified success, “Teams and players have grown expediently.” And Team USPA? “Our focus has shifted, and the goal is to still produce outstanding American players. There has been a lot of trial and error, but we are always working to make it better.”

The question of USPA transparency came up during our conversation. “We need to do a better job for our members to be able to access information.” Green said, “I’d like to see better attendance at our Zoom meetings which are available to all members.” Out of the gate Green appears to be accessible and enthusiastic about his new assignment with a thorough understanding of sports law and the rules of polo. The road ahead for the new COO will certainly be challenging and he appears to be up for the task.

8/31/2021
The Magdeleine won the ALFI 100,000 European Cup this Sunday after beating Amanara 6 to 5 in the final, held on court number 1 of the St. Tropez Polo Club. After the definition of 16 goals, the Open du Soleil was put into play, which remained in the hands of the Why Not - La Respelido team after beating Sigma - St Tropez by 7-6. The awards ceremony took place after both finals. The players, the referees, and all participating teams and the club's Polo Manager, Julio Zavaleta, participated of the prize giving. The AACCP awarded Irenita Lucía, as Best Argentine Polo Breeding Horse of the Final. It was played by Facundo Fernández Llorente. The MVP was Lucas Nottin and La Magdeleine Polo Team won the $ 100,000. The Polo Club Saint Tropez Season ends with the High Goal of 16 goals. In the summer months, the season at the club featured the participation of players such as Nicolás Pieres, Pablo Mac Donough, Guillermo Terrera, Ramiro Cordero and the Menéndez brothers, among others. For mor
Publicar un comentario
Leer más